In 2007, as I (Alis) began my career as a leadership development trainer, I was (naively) convinced that, if you show leaders what the best practices are when it comes to effective behaviours at work, they would eagerly embrace those practices and set off to use them, making their and their teams’ lives easier. As it turns out, and as everyone working in the field of adult education is keenly aware of, things are not that easy.

Knowing what we should do does NOT mean that we are actually able to behave in the way we know to be right, particularly when the pressure is on. I have worked with countless leaders who confessed that, despite their best intentions, they had a hard time managing their emotions and, when stressed, all their well rehearsed strategies for giving constructive feedback, delegating or coaching simply seemed to fly out the window. So why is that?

Just as, when watching an iceberg, you know that the tip you see above the water is but a tiny part of the impressive whole underneath the waves, which you can only imagine, so it is with human behaviour. Our behaviours are but the tip of the iceberg. Underneath lie the reasons why we behave the way we do every single day. Above the water is that part of us that everybody can see. Underneath the water line lie those parts of us that others have no idea about and, if we go deep enough, we have no idea about either.

So what do the hidden parts of our personal iceberg look like?

Imagine a series of layers, going down from the surface into the water’s depths. Thoughts, Emotions, Beliefs, Values, Personality, Temperament, Fundamental Psychological Needs/Motivations, DNA and, finally, at the very bottom, THE BRAIN – this amazing hardware that sustains all of the previous layers. So, if you have created this picture of the iceberg, imagine trying to change a behaviour on top without touching any of the layers underneath. What is the likelihood that somebody will change anything on top if everything stays the same on the bottom? What is the likelihood that you’ll move that iceberg by acting on the top only, if the bottom stays in place?

Let’s say that you’ve just attended a workshop and learnt ten really cool techniques for delegation, to support some new, more constructive behaviours at the top of your iceberg. You promise yourself that, starting tomorrow, you’ll just give your team more freedom, you’ll empower them more and get some work off your already bursting daily schedule. Afterall, you’re overwhelmed with work as it is and you’ve been intending to let others carry some of that burden for a long time. Now you know how to delegate, so you’ll just do it!

However, unbeknownst to you, beneath the water, lies a fear that, if you start trusting others to do stuff that only you had done before, somebody might make a mistake and things could spiral out of control. Deeper still, lies the belief that you can’t really trust people to do things right if you’re not there to guide their every step or another belief that, if you’re not indispensable anymore, you might become irrelevant. Even deeper, in that very basic layer of your brain, lies a habit of doing it all yourself all the time, because it’s easier, more time effective, more reliable and also very rewarding for your ego, which needs the validation of it’s talents and capacities.

With all these opposing forces in the depths of your iceberg – what do you think is the likelihood that you’ll actually start delegating tomorrow? There is very strong scientific evidence to suggest that the likelihood is zero. None.

Personal change is hard, if not impossible, particularly when one tries to implement it from the top of the iceberg down, as most change initiatives happen.

So what is the alternative?

Start from the bottom up. Know yourself. Change your iceberg from below and let the tip change itself. Interestingly enough, one of the best places to start is right at the very bottom of your iceberg – it’s your own brain.

We have around 100 billion neurones in our brain – that’s roughly the number of stars in the Milky Way Galaxy. Each of these neurones creates connections, called synapses, with around 7000 other neurones, so the number of connections is our brain can reach a staggering 100 to 1000 trillion synapses. The resulting number is larger than the number of galaxies in the known universe. We are literally walking around carrying a universe on our shoulders, all the while mostly oblivious to its complexity and magnificence.

Among other things, this brain of ours helps us create (and sabotages us from changing) habits. There’s an old saying in neuroscience – “neurones that fire together, wire together” – which means that, literally, the stuff you keep on repeating becomes engraved in your brain. It’s like building a highway. First it’s just a dirt road, then it becomes a two lane road and then, over time, a superhighway. Sadly, the brain doesn’t care if the highways you build are useful or not – so it doesn’t really have a preference for creating good habits over bad. It has been proven that we have superhighways in our brain for anything you can imagine – from our eating habits or vices to the very way we emotionally react in certain situations, almost on auto-pilot. Yes, getting angry and “losing it” can also become a super highway!

Our thought patterns are directed on these habitual highways by deeply engrained beliefs and motivations we’re not even aware we have – some of them we have learnt (like the belief you can’t trust anybody but yourself) and some we were born with (such as the myriad cognitive biases that make us much less rational than we’d like to believe).

Among these hidden mechanisms, these built-in biases, that distort our view of the world – we have a negativity bias, that makes us pay three times more attention to what is wrong than to what is right (there goes the positive feedback, the recognition, the promise you made yourself that you’d notice people’s efforts and praise them more, instead of always criticising them for what they’re doing wrong). We have a proximity and similarity bias, that makes leaders unconsciously prefer employees who work close to them (physically) or who resemble them – there goes the illusion of objectivity when putting people up for promotions, particularly in virtual or remote teams. We have biases that make us believe we are superior to others and more likely to be right (“above average effect”) and biases who make us have a very hard time admitting we are wrong (“confirmation bias”).

To complicate matters further, we operate in the modern world with a brain whose architecture is better suited for the challenges of living in the African savannah, instead of the complexities of our highly social urban lives. Therefore, our brain has a penchant for confusing socially threatening situations (like an angry client) with what used to be, in the history of our species, a physically threatening situation (like a sabre toothed tiger chasing us). This means our rational brain shuts down when in fear or anger and we tend to default to fight of flight behaviours (here’s one explanation for why so many people react to criticism by taking things personally, why so many meetings become ineffective as people get angry and stuck in their points of view and why truly listening to others when you’re disagreeing with them seems to be one of the hardest things in the whole world).

To make a long story short – it very difficult to hope for any kind of long-lasting, sustainable personal change, without a conscious effort of understanding (and then transforming) the very root of all our problems and blessings – our brain and all that it brings with it. Fortunately – the brain has this amazing, almost magical property called neuro-plasticity – which means it is capable of rewiring itself constantly throughout our lives, depending on what we are learning.

Tools like yoga or meditation, dialogue, action inquiry; support mechanisms like coaching or therapy; learning opportunities that are focused on reflection, on understanding ourselves and the way our amazing minds work; a constant practice of introspection; meaningful conversations with friends or mentors who are capable of placing an honest mirror in front of us – all of these hold the promise of supporting us to step into a journey of personal transformation. They promise to help us go beyond learning a new trick to make life easier at work and actually managing to befriend our own mind, to partner with it in building better careers, better workplaces and, most importantly more conscious, happy and fulfilling lives.

In our work at Zenith Journey, we’re trying to bring people in dialogue with their own minds and to create learning contexts where they can get a deep dive into the unknown part of their personal icebergs. If you’d like to go on a “diving” trip with us, take a look at our upcoming Masterclasses and choose the one that best fits your interests and curiosities.

A lot of tough stuff comes up when you start to grow a team. As a leader or solopreneur, there’s the worry that maybe your clients won’t like to see that you’re growing a team…… 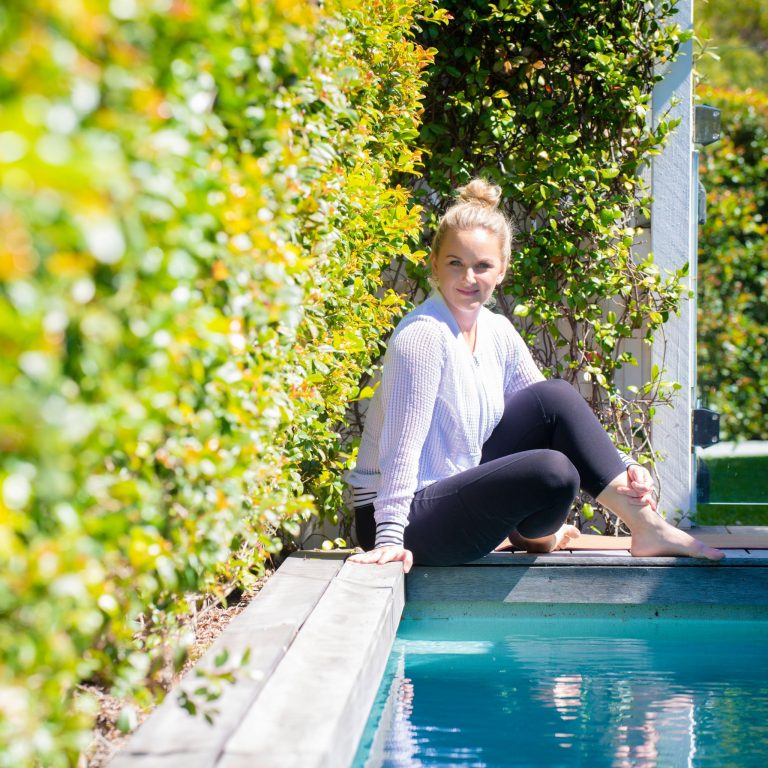 I have a monthly shift as a volunteer surf lifesaver… One of my other lives. At the beginning of each shift, we pull everyone in for a team brief to talk about the surf conditions… 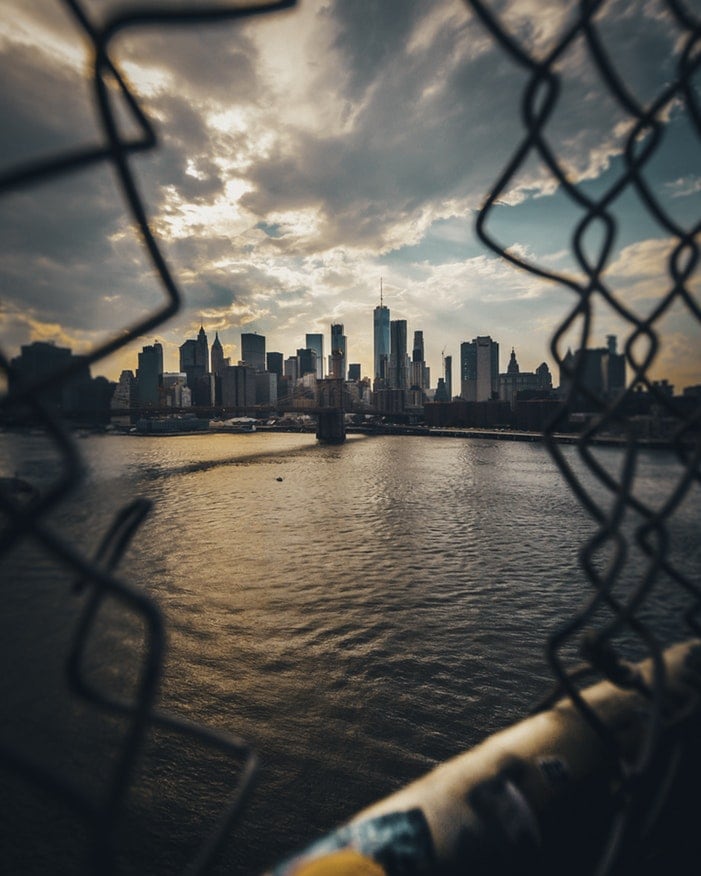 Over two decades ago, a remarkable man, a psychology professor called Martin Seligman, had a dialogue with his 5 year old daughter that would change his own life and the course of the science of psychology… 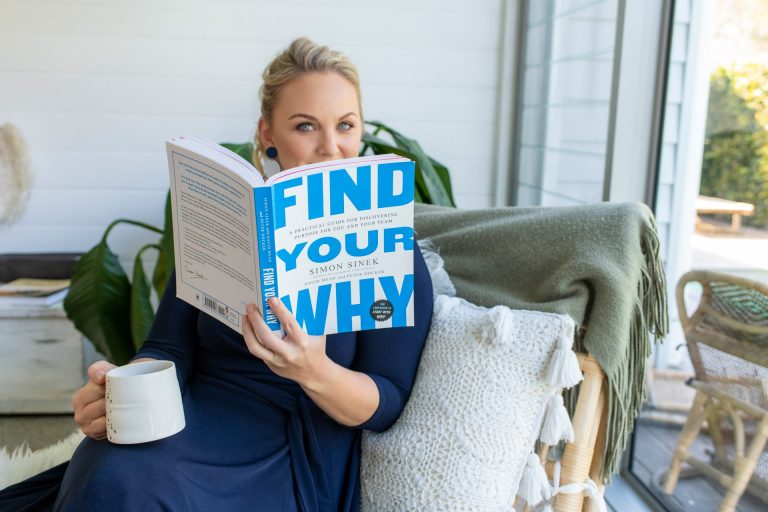 Fun fact: I perform in musicals. 💃 I know! I told you that I live a lot of lives. There’s just so many things that I enjoy doing. But every time I audition for a… 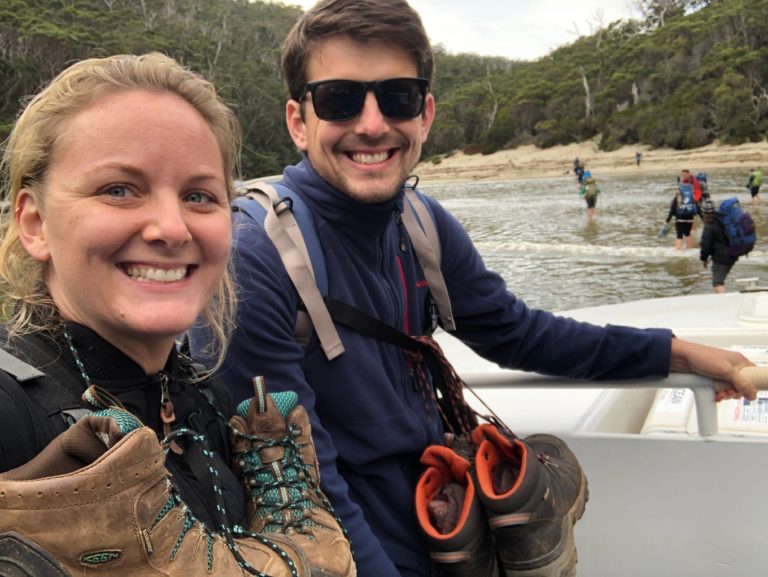 It’s no secret that I like to get out and do things. I love to travel. See new places. Go on adventures. One of my favourite adventures? Hiking the Three Capes in Tasmania. For those…